Although Justin and I are not Irish, St. Patrick’s Day is significant to us…which is why I titled this post “Luck From the Irish,” rather than “Luck of the Irish.”

Justin and I met on St. Patrick’s day (he will argue we met before then). He showed up as an uninvited guest to the pre-parade party my roommate, Rachel, and I hosted at our University Heights duplex my junior year at John Carroll University. Rachel and I invited a few of our friends on spring break from Ohio University to join in on the Cleveland fun. Little did I know that Justin would be tagging along with Rossi, Cory, and Ken – some of the core friends we both have had for many years. 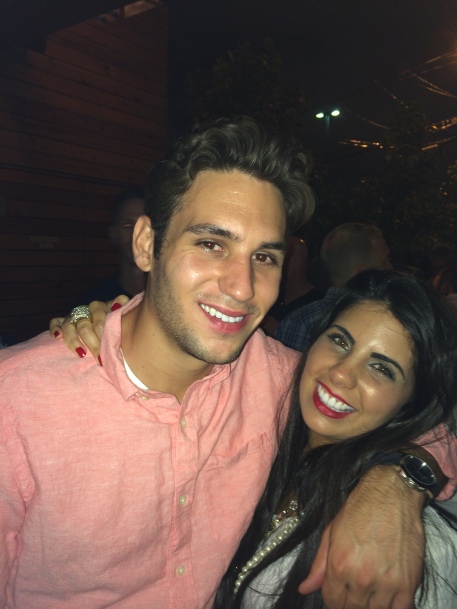 Justin had recently reconnected with Rossi after not consistently hanging around him for a few years – so, by default – there Justin was on that uncharacteristically warm March day.

I remember beginning the festivities with a college staple: flip cup. Justin was on my team, and I was cheering him on…and called him Alex, which I’m not sure he even knows or remembers. Again, I had met him before, but I’m terrible with names and for some bizarre reason, I thought his name with Alex. Small details, right?

Anyway, the day continued downtown and between the drinks and the crowds and the beautiful weather, we got to talking and laughing and I was taken aback by how much I actually enjoyed this new friend added to the group. He was surprisingly smart (I say “surprisingly” because if you knew college Justin, you would know how much he enjoyed his fun) and easy to talk to. We clicked right away.

Though we did seem to connect, neither of us were interested in pursuing a relationship. We both were naive enough to think we each just made a cool new friend.

We were so wrong.

Justin texted me the following Monday when I was back in class and busy with my internship. I didn’t respond to him until several hours later, hoping he wasn’t going to annoy me. He didn’t. He genuinely was interested in my friendship and I was interested in his. We innocently talked almost every day after that.

Justin graduated that May and the job he had accepted didn’t start until October. I was in between my junior and senior year at JCU. So, naturally, while everyone else was working at their new big kid jobs, we spent countless days at the beach and drunken nights at Harry Buffalo (not our best moments). 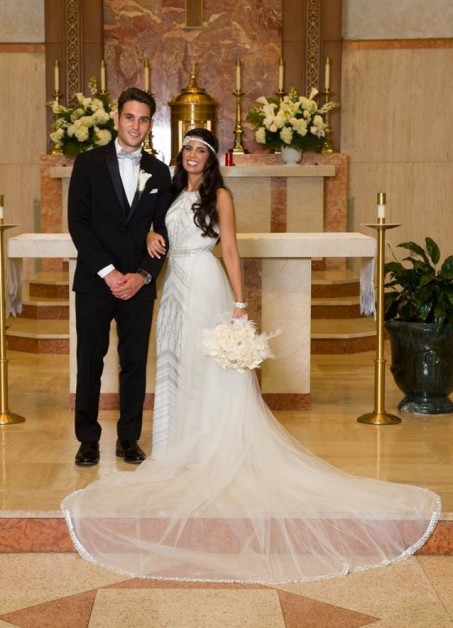 The spring turned to summer, and that’s when it happened. I was away on a family vacation late July into August and Justin’s texts became more emotional. He told me he missed me not being out with the group and how he was excited for me to get home. Then, right around my 21st birthday, Justin – out of nerves – sent me a long message about how he didn’t want to ruin our friendship, but he couldn’t help but feel he was falling for me. He didn’t want to write it in a text but was too afraid to tell me in person (sorry, J – it’s part of the story). I remember telling him I agreed, but we should talk about it in person.

On my 21st birthday, he showed up with a dozen pink roses and three bottles of my favorite wine at the time (I won’t even tell you because it hardly counts as wine – LOL). That was it, now my family and all our friends knew that Justin and Erika (now deemed J&E) were no longer just two of the friends in the group.

On September 9, 2012, we decided that we needed to make it “official” and that date is what we consider our dating anniversary.

Fast forward to that exact day three years later, Justin asked me to marry him. We have now been married about seven months, but reminisce that 2012 St. Patty’s Day where it all began.

Who would have thought that a simple Irish celebration amongst mutual friends would open the door to the rest of our lives?

We are very blessed to have a core group of friends that we spend time with. And if I never met Mike Rossi 13 years ago, my fate might be different today, for he never would have brought Justin to that outdated duplex five years ago. We are very lucky to have a great support system and a life filled with laughs and love. But, there’s just one problem – which of us would our friends choose if we ever broke up? Just kidding.

Although we may not be Irish, we certainly feel lucky every time March 17th rolls around.

View all posts by Erika's Edicts